Beto Special on AR-15’s! What is the World Coming To??

(PLURALIST) A Phoenix gun store ran a discount on AR-15 rifles in direct response to 2020 Democratic presidential hopeful Beto O’Rourke and sold out in less than four hours.

In a Facebook post shared Friday, Alpha Dog Firearms revealed it had sold out of its $349.99 “Beto special.”

“We’re trying to process the orders and work on getting more special deals for our good friend gun grabber Beto,” the company said in the post, which was “liked” more than 1,000 times. 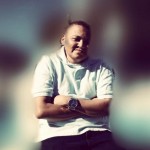